Home » Entertainment » Wheel Of Time: Is The Dark One [SPOILER]? Was That Really Him In The Finale?
Entertainment

Wheel Of Time: Is The Dark One [SPOILER]? Was That Really Him In The Finale? 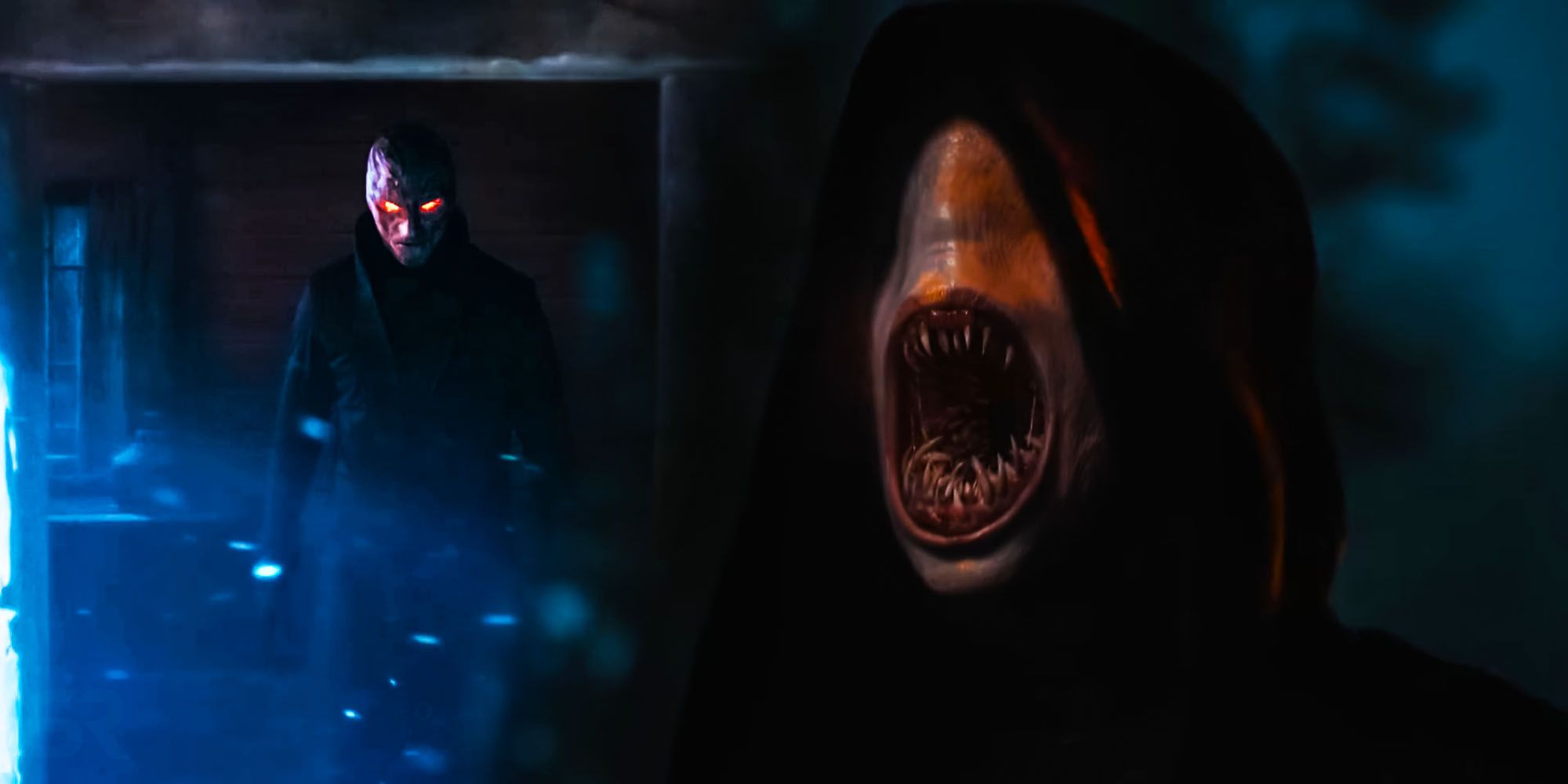 Warning: This article contains spoilers for Wheel of Time episode 8.

The Wheel of Time season 1 finale supposedly introduced - and killed off - the Dark One, but the source material indicates that the character hasn't actually appeared yet. In Robert Jordan's Wheel of Time books, the Dark One is the all-powerful main antagonist and the greatest enemy of the Dragon. Finding the Dragon Reborn and preparing them for the Last Battle with the Dark One has been the main focus of Moiraine's mission in the series.

Despite being a hot topic amongst the characters since the beginning of their adventure, the Dark One has remained hidden from view all season. Presumably, he made his first appearance in the finale when Rand (Josha Stradowski) and Moiraine (Rosamond Pike) entered the Eye of the World. Played by Fares Fares, the Dark One tried to tempt Rand down the wrong path, but the latter successfully resisted his influence and used the sa'angreal to vanquish the Dark One with a blast of the One Power. While Rand came to believe that he had beaten the Dark One and fulfilled the Dragon Reborn prophecy, Moiraine later concluded that the Last Battle hasn't happened yet.

Moiraine's realization in the Wheel of Time season 1 finale is a sign that things aren't what they appear. It's important to note that in the book version of the story, it was never the Dark One that Rand and the others saw in his dreams, nor was he the one who tried to tempt Rand near the Eye of the World. Instead, this character was Ishamael, a member of the Forsaken (a team of 13 immortal channelers that serve the Dark One). For a while, Rand was under the assumption that the person he kept seeing was the Dark One, but eventually discovered that the villain was being impersonated by Ishamael. In other words, it's quite likely that the Dark One hasn't been introduced after all - and he certainly isn't dead.

Even if Rand did speak directly to the Dark One in the Wheel of Time finale, that blast of energy didn't kill him. The Dark One is imprisoned, meaning that what Rand spoke to couldn't be anything more than a manifestation of his power that was being controlled from within his prison. That being said, it's a stronger possibility that the show is still holding back its Dark One reveal for much later in the series.

Wheel of Time previously set up Ishamael when his name was dropped during a conversation about the Forsaken in episode 5. Based on that and how his book role mirrors what happened in season 1, it makes sense that Ishamael was the group's real adversary in The Wheel of Time season 1. His plan to get Rand on his side failed, but it looks like he didn't walk away from this encounter with nothing. Moiraine finding the broken Cuendillar hints at the breaking of a seal on the Dark One's prison. Ishamael may have tricked Rand and Moiraine into helping him free his master.

Nicholas Raymond is a staff movies & TV features writer for Screen Rant. He has a degree in journalism from the University of Montevallo, and is the author of the psychological thriller and time travel novel, "A Man Against the World." Nicholas' love for telling stories is inspired by his love for film noir, westerns, superhero movies, classic films, and ancient history. His favorite actors are Tyrone Power and Eleanor Parker. He can be reached by email at [email protected] and on Twitter at @cnraymond91.