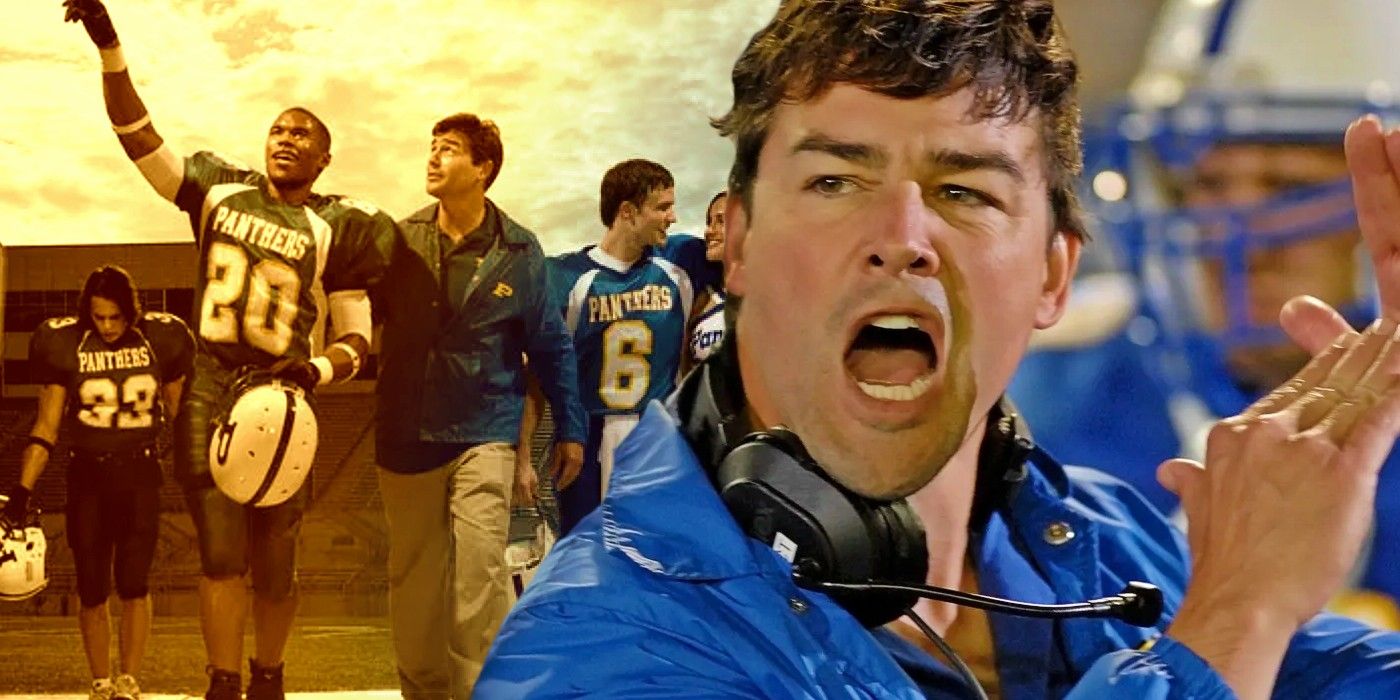 A reboot of Friday Night Lights is in development, set to be more of a spiritual sequel than a re-telling of the original movie or TV show, but there's one essential element it should keep from its source material. The new series doesn't have to be set in Dillon, the fictional town where the acclaimed NBC television series took place. However, to maintain the franchise's spirit it is crucial that the Friday Night Lights reboot stay in small-town Texas.

Friday Night Lights began as a nonfiction book by H. G. Bissinger, describing his experience spending a year in Odessa, Texas, a town dominated by the Permian Panthers high school football team. In 2004, the book was adapted into a drama film directed by Peter Berg, who also helmed the TV series that ran between 2006 and 2011. The TV show differed more from Friday Night Lights' true story, taking it as inspiration for an original story that reflected many of the same themes.

Recent news has confirmed that a Friday Night Lights reboot is in the works. This effort will include a movie, featuring a football team in the border town of Del Rio, Texas, and a TV series to follow. The reboot will feature an entirely new set of characters, which is likely the best decision, given how beloved the TV series was by fans and critics. Several actors from Friday Night Lights have since become major stars, such as Michael B. Jordan and Jesse Plemmons, meaning it would be difficult to get anything close to the original cast back together. Given everything that will change, keeping the story in Texas -- as at least the movie is set to do -- is vital to maintain a sense of continuity with the old Friday Night Lights.

While Friday Night Lights was often inspirational, it also took a critical look at the football-crazed culture of small town Texas, including the effects of placing tremendous cultural pressure and attention on teenagers. While high school football is a big deal in some other states, the fanatical culture around it is most associated with Texas, where several high school teams play in stadiums with tens of thousands of fans. The fierce competition in the state also adds to the drama's stakes. No other setting would embody the strange world of high school football as much as the Lone Star State.

Keeping the small-town Texas setting would also allow for interesting comparisons with the original series. A story set in the present day could show how much this world has and hasn't changed with the growth of social media and other modern trends. In particular, the proposed setting of a border town could be intriguing, as other than the quickly-forgotten Santiago there was little representation of Texas's large Latin American population in the original Friday Night Lights. Keeping the location roughly the same will help better highlight what has changed.

Making a reboot of such a well-regarded show as Friday Night Lights is an unenviable task, as there will always be comparisons with the original. The best approach might be to treat the franchise as more of a thematic anthology, such as the Fargo TV show, another unlikely adaptation which kept the geography and tone of the original title but not any of the characters or plot. If it keeps the unique setting of a football-obsessed Texas town and the nuanced characterization of the original TV show, the Friday Night Lights reboot could be a major success.

NEXT: Friday Night Lights' Reboot Is Right To Leave Coach Taylor Behind

Rob Hutton is a feature writer for Screen Rant. He has a PhD in English and has previously been published by both academic and popular publications. Rob is a lifelong fan of science-fiction and fantasy. In his spare time Rob watches old television, watches weird movies, and writes an unpublishable novel.