Home » Entertainment » The A.V. Club Tells Staffers They Must Move to L.A. or Lose Their Jobs
Entertainment

The A.V. Club Tells Staffers They Must Move to L.A. or Lose Their Jobs 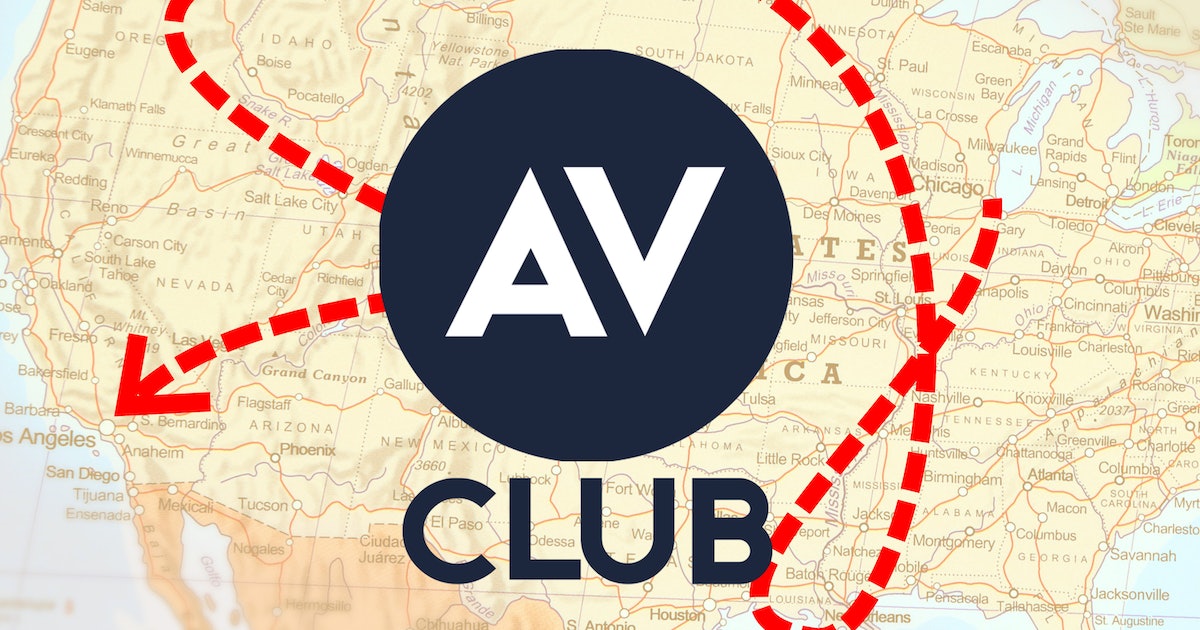 The staff of the A.V. Club -- the music, film, and entertainment website owned by G/O Media -- was informed yesterday that the company will be shuttering its Chicago office, where the bulk of its editorial team is based. The website's editor-in-chief, Scott Robson, told employees that they would be required to move to Los Angeles, where he's establishing a new office, or else lose their jobs.

In the full-staff Zoom meeting, a recording of which was leaked to Gawker, Robson framed the relocation casually, almost optional. The team, he said, was "being invited" to join the Los Angeles office, where he is based. "Most of you guys know that we've been talking about setting up an office in L.A.," Robson began in the recording. "The reason we had the [earlier] call with Chicago was to let them know that the team in Chicago is being invited to come out to L.A. and be part of this transition."

The recent hire of L.A.-based Robson came as a surprise to some. When he was announced as the site's new editor in August, there were only three staffers located in Los Angeles: two video producers and a news writer. The majority of the staff -- seven full-time employees -- worked in Chicago, with five additional employees in New York and two more in Portland and Wisconsin. Robson did not address yesterday why the new mandate would not affect the non-Chicago employees, beyond that it was also important to have "a strong presence in New York," as an entertainment hub and home to G/O's corporate office.

When a staff member asked for clarification on his choice of words -- "You said that the Chicago team is being 'invited,' is it an option or is it mandatory?" -- Robson declined to call the move mandatory. He insisted staff would "have the option to come." They were "certainly not required," Robson said. "But the jobs are going to be moving to L.A." Later, when another staffer asked if those who "take the option" not to relocate would get severance, G/O's Human Resources Manager, Vanessa Fils-Aimé, jumped in: "Yes, absolutely."

On the call, Robson outlined their schedule for relocation. The company is planning to transition in stages, dividing the staff into two groups. The first will be asked to move on or before March 2. The second group would follow by May 1. It's unclear how the two will be divided. Anyone who chooses to leave Chicago for Los Angeles will be offered $5,000 in relocation costs, while retaining their job titles and work responsibilities. One staffer asked if they could move to the New York office instead. The answer was no. Another asked for the rationale, Robson said that the company had wanted to "establish a meaningful base" in L.A. for a long time. "You know, covering the entertainment industry, it just makes life better, makes the product better, makes everything easier," he said.

A unit representative for the Writer's Guild, the site's union, declined to comment for this story. In a statement to Gawker about the transition, a G/O Media spokesperson wrote:

A.V. Club's move to Los Angeles was planned to commence two years ago. We were slowed of course by the pandemic, but under the leadership of our new A.V. Club editor in chief Scott Robson, a seasoned entertainment industry journalist, we look forward to establishing our new headquarters in L.A. early next year. This relocation will bring the A.V. Club closer to the industry it covers, allowing the site to grow its entertainment relationships while providing more access to important events and talent.

Like many publications at G/O Media -- which also owns Jezebel, The Root, The Onion, Deadspin, Jalopnik, and Kotaku, among others -- the A.V. Club has had a rocky few months. In August, the staff was informed of Robson's appointment as their new top editor in a company-wide email. The news came as a surprise to much of the staff, who had not been informed of the hire before it was announced, according to sources who spoke to Gawker anonymously.

Robson, who was hired from a finance publication called the Los Angeles Business Journal and had previously worked at Yahoo! Entertainment, E! Online, and AOL Moviefone, struck several staffers as an odd choice. For one, there was already an editor in line for the top position. After their last editor-in-chief, Patrick Gomez, left the site in May for the executive editor position at Entertainment Weekly, the site had been run by its managing editor, Erik Adams. Many assumed Adams, who has worked at the A.V. Club in various capacities since 2008 and served as its managing editor since 2019, would take the helm. Instead, he was passed over for Robson.

The weeks following Robson's arrival on Sept. 1 were fraught for other reasons. In mid-October, G/O Media mandated that its staff return to the office -- an announcement so poorly received that many employees refused to show up. Just weeks later, as Gawker reported at the time, G/O executives deleted thousands of images from posts published before 2019, without informing the editors or writers who had worked on them. At the same time, A.V. Club was also fielding interferences from G/O Deputy Editorial Director Lea Goldman -- the executive whose oversight of Jezebel, as Gawker reported last month, contributed to the departure of nine of the site's employees.

Arguably the biggest dispute took place late last month, when G/O leadership informed two longtime A.V. Club employees in L.A. that their jobs had been eliminated as part of a reorganization. They were told to reapply for different positions or accept severance packages. The staffers, video producers Cameron Scheetz and Marah Eakin, had worked at the site for 15 years and seven years respectively. Scheetz took the severance; Eakin reapplied, but was later rejected for the new role.

At the Thursday meeting, these internal tensions came to the fore. Robson conceded that some G/O managers "don't necessarily have a good track record about handling big changes when it comes to AV Club." He promised to ensure transparency throughout the process, but some staffers seemed skeptical. "Obviously, the idea of transparency and communication would be great," one editor responded, "But, just considering what happened with Cameron and Marah, last week was not a great showcase of that. People are understandably very wary."

Another staffer was more explicit:

What with everything that happened with Marah and Cameron and that with this, how does the company plan to kind of re-establish trust with us? Because right now it feels like it's kind of one thing after another, where people are really given an "option," whether they want to continue working here or not. As an employee of this company, it's very scary to watch your coworkers kind of disappear all of a sudden. I didn't even know Marah was leaving, until we were just talking about work. So what is the company's plan for that? To improve morale around the workspace and how we all feel about the company?

Robson's answer: "I don't know that I can speak to that from a broad company level... All I can tell you guys is that, like I said earlier, I plan to be as transparent as possible."

It's unclear how the staff will move forward; their union has planned a meeting to discuss the options. It seems unlikely the staff will quit en masse. But the forced relocation may have changed the stakes of their workplace conflict. Some staffers may look for other jobs. Others might take more covert routes -- per one source: "Whatever...fuck it."