Sister Wives: All Of The Times Fans First Turned On Robyn Brown 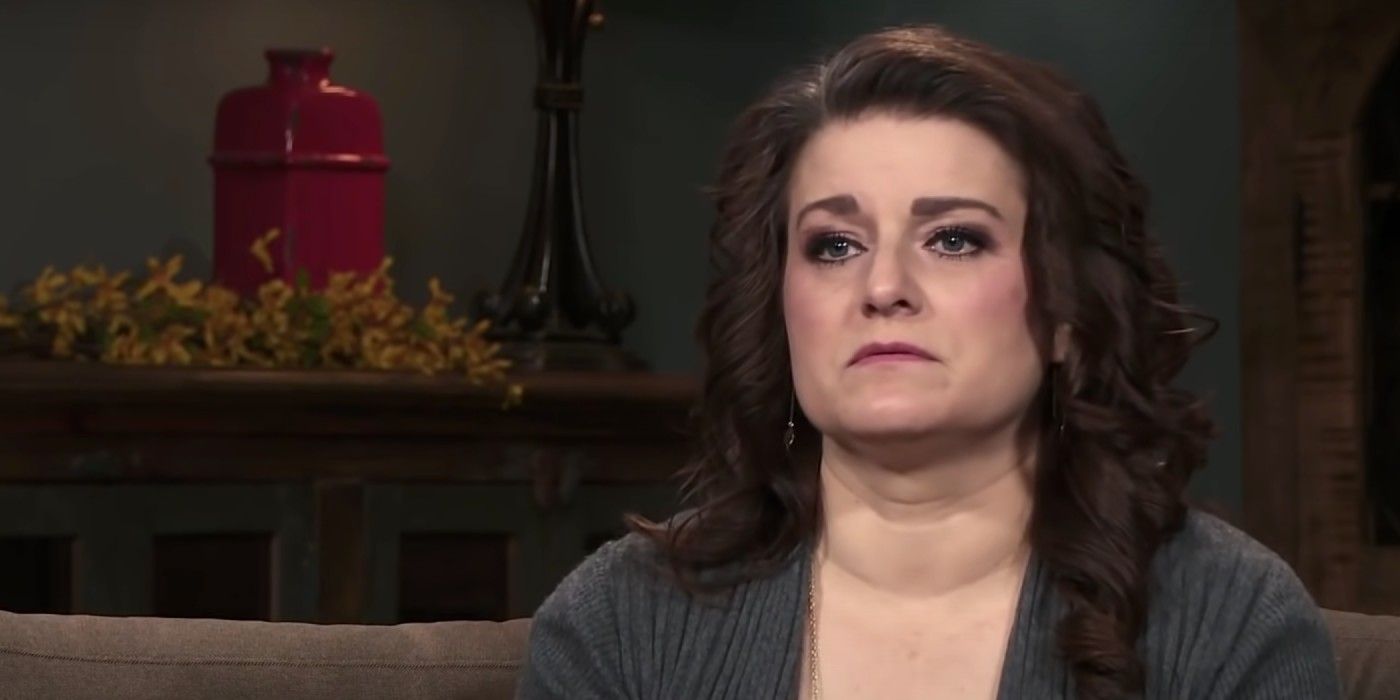 Robyn Brown has become one of the least popular polygamists in Sister Wives, and fans have noted exactly when they decided that Kody's fourth and favorite wife couldn't be trusted. For the past several seasons, viewers have been critical of Robyn, claiming that she masterminds all of Kody's unpopular decisions and aims to distance the polygamist from his first three sister wives. From dealing with the meshing of her kids into the Brown family to early disagreements with her fellow sister wives, these are all of the first times Sister Wives fans questioned Robyn's character.

Ever since Kody married Robyn in 2010, the Brown family has been off-kilter and headed toward a disastrous end that appears to be coming to fruition in season 16. As the polygamous clan struggles to cope with COVID-19, all of the Sister Wives stars' relationships with one another have become strained, as have fans' perception of Robyn. In an alleged effort to prevent the spread of the virus throughout his extensive family, Kody enacted strict rules that effectively relegated him to a single-family marriage with Robyn and her kids. Sister Wives fans have suspected that this is just another one of Robyn's devious plots to ensure that her relationship with Kody is the strongest.

In Sister Wives season 16, fans feel comfortable accusing Robyn of weaponizing a global pandemic to tear apart her family, but viewers weren't always this critical of Kody's favorite wife. Viewers shared that different key moments in Robyn's induction into the Brown clan revealed her to be untrustworthy. One common reason why Robyn turned off fans is the way she went about making her children feel included in the daunting gaggle of Brown children. Kody adopted the three kids Robyn had in a previous marriage, Dayton, Aurora, and Breanna. Although the trio of children came from another plural family, Robyn was concerned that Dayton, Aurora, and Breanna wouldn't get along with Kody's dozen children and opt to live with their former family. A Reddit user recalled finding Robyn manipulative for the first time when she asserted, "it could be [Meri, Janelle, and Christine's] fault she loses her kids."

While some fans took a few seasons to label Robyn untrustworthy, others knew she would be a problem for the Brown family before she even married Kody. A viewer noted that Robyn acted entitled to Kody's attention before the pair's wedding day, sharing, "I turned on her when she argued with the wives about how she deserved equal time before marriage." Fans found Robyn disrespectful for dismissing the decades Kody spent with Meri, Janelle, and Christine before she came into the picture. Others noted that they first found Robyn unlikable when she manipulated her fellow sisters wives. One commenter recollected, "The moment I understood why people don't like Robyn is when she guilted Meri for going back to school." Fans have disagreed with Robyn's approaches to family matters, but some viewers believe Robyn crossed the line when she discouraged her fellow sister wives from following their dreams.

Robyn's cemented herself as Kody's least-liked partner, and while she's made many unpopular decisions in Sister Wives season 16, viewers have had an ax to grind with the polygamist for years. From being territorial with Kody before their marriage to deflating Meri's aspirations, viewers have become skeptical of Robyn over the course of a myriad of instances. Unfortunately, Robyn's performance in Sister Wives season 16 won't win over any of the reality star's long-time naysayers.

Next: Sister Wives: Why Fans Think Kody & Robyn's Nanny Is A Secret Surrogate

Christopher Davis is a freelance reality TV writer for Screen Rant. Since his graduation from Emerson College with a degree in visual and media arts back in 2019, Christopher has pursued the ever-evolving field of entertainment journalism. In his free time, Christopher loves to write, rewatch old seasons of RHONY, and work on his death drop.