Home » Entertainment » Sam Elliott, Tim McGraw On A Bloody Journey In The Trailer For '1883'
Entertainment

Sam Elliott, Tim McGraw On A Bloody Journey In The Trailer For '1883' 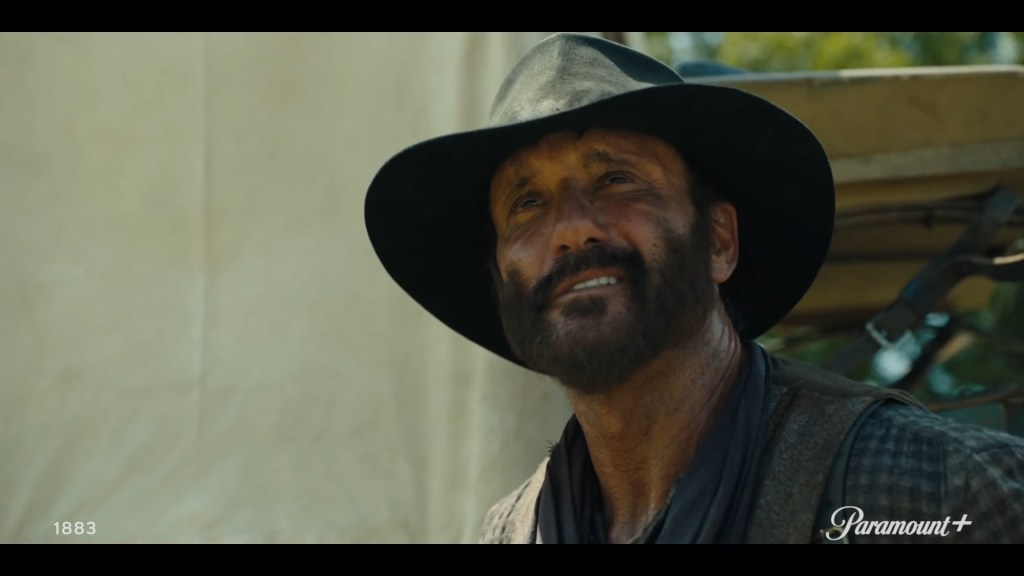 If you're in the mood for a Western filled with gore and grit, Paramount+ has just the series for you. Earlier today, the streaming service unveiled the first trailer for 1883, the upcoming prequel to Taylor Sheridan's hit series Yellowstone. The Sam Elliott and Tim McGraw-led series is scheduled to premiere on Paramount+ on December 19 and tells the story of how the original Dutton family traveled through the wild west in search of a better life for their family. According to the show's description, 1883 offers a "stark retelling of Western expansion, and an intense study of one family fleeing poverty to seek a better future in America's promised land - Montana."

In 1883, Elliott plays Shea Brennan, a "tough as nails, handsome cowboy with immense sadness in his past" and no tolerance for fools (via The Wrap). McGraw and his fellow musician and wife Faith Hill will portray couple James and Margaret Dutton, a couple tasked with the dauntless journey of bringing their family out west. In addition to Elliot, McGraw, and Hill, Billy Bob Thornton, Isabel May, and LaMonica Garrett will also star in the tense and action-filled western.