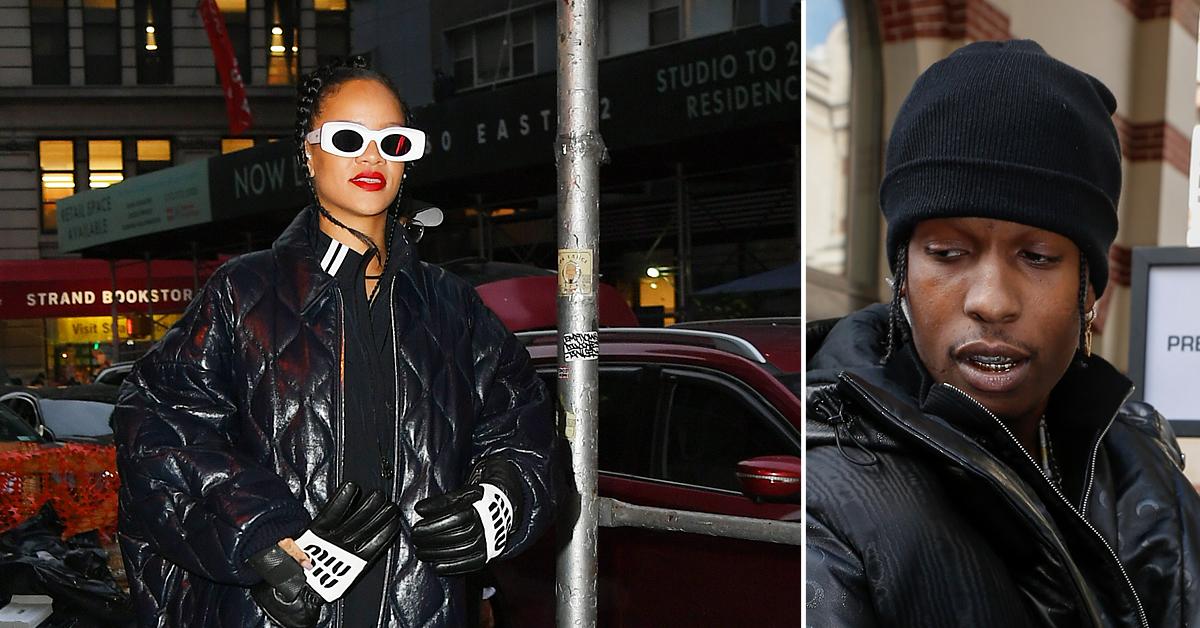 Given that it was 45 degrees in SoHo last night, RiRi made sure she had on black-and-white designer gloves to keep her tattooed hands nice and toasty.

This is the first time we've seen the Barbados native out and about since she addressed the rumor that she has the 33-year-old F--kin' Problems rapper's bun in her oven.

In an exchange via Instagram direct message, a fan named "Jen" wrote to the singer, "Can I come to the baby shower sis!? True or not your babies are going to be beautiful. Sorry everyone's up in your uterus right now."

The musician allegedly responded, according to Elle, "Haaaaa! Stawwwp! You ain't came to the first 10 baby showers! Y'all breed me every year dammit lol."

While the response was hilarious and deserves to be printed, framed and hung up inside Jen's home, it doesn't necessarily confirm or deny a potential pregnancy!