Home » Entertainment » 'Red Notice' Ending Explained: Where Are They (And What Are They Stealing) in That Final Scene?
Entertainment

'Red Notice' Ending Explained: Where Are They (And What Are They Stealing) in That Final Scene? 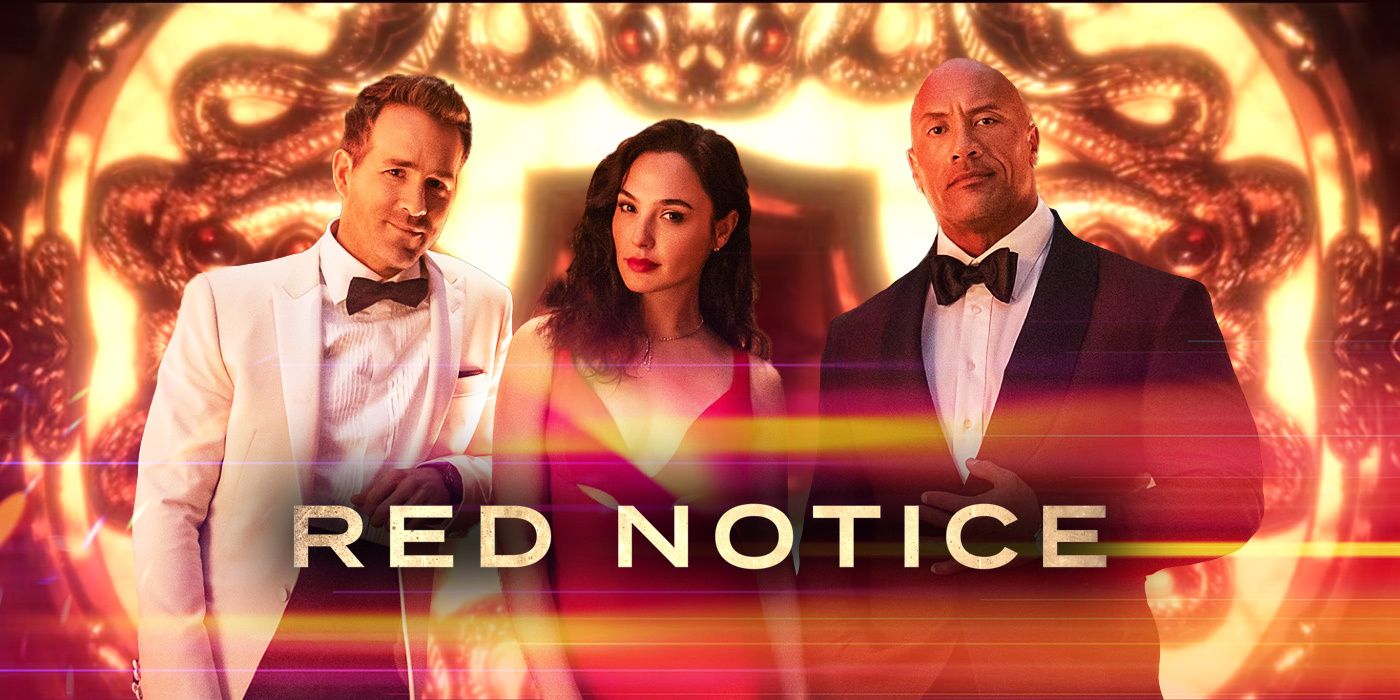 Editor's Note: The following contains spoilers for Red Notice. Ryan Reynolds, Gal Gadot, and Dwayne Johnson? Not only are they a pretty weak blunt rotation, but they're also the stars of Netflix's new original movie, Red Notice. Released on November 5, Red Notice quickly took the number one spot on Netflix and beat the record for the biggest opening weekend of all time for the streaming platform. The movie follows the story of FBI agent, John Hartley (Dwayne Johnson), who is hot on the trail of infamous art thieves The Bishop (Gal Gadot) and Nolan Booth (Ryan Reynolds). The thieves are competing to find and steal all three of the wildly valuable ornamental eggs that once belonged to Cleopatra, including the third egg that has never been found. Whoever can accomplish this earns $300 million from an eccentric billionaire

Booth successfully steals the first egg, but Hartley soon catches him. While attempting to take Booth into custody, Hartley is tricked by The Bishop, who steals the egg and frames Hartley for the crime. As a result, Booth and Hartley are thrown into a Russian prison together, but soon escape and embark on a mission to find all three eggs and ultimately clear Hartley's name. Or at least that's what the audience thinks Hartley is after. There's a major twist at the end of Red Notice that has left some viewers confused. But don't worry, we'll break it down for you.

After Hartley and Booth travel the world in search of the eggs, endure several violent run-ins with The Bishop and other villains, they finally find themselves with information to lead them to the lost third egg. But when they find it in the depths of a secret Nazi bunker in the Amazon, it turns out that they lead The Bishop and the police straight to it. In an attempt to escape the police, The Bishop, Booth, and Hartley hijack a car that they ultimately send careening down a waterfall.

Booth makes it to the surface with the egg, meaning he could just escape without consequence, but reveals his affection for Hartley when he decides to dive back into the water to search for his friend. As it turns out, Hartley is safe on the shore. Even more shockingly, in a grand twist, Hartley and The Bishop reveal they're romantic partners who have been working together for years under the moniker "The Bishop" and that Hartley isn't an FBI agent at all. In fact, the pair were just using Booth to lead them to the third egg.

It's a pretty unexpected twist, and one of the only aspects of the film that sets it apart from your run-of-the-mill action movie. But some sharp-eyed fans have claimed they saw the twist coming, noting that a real FBI agent would never have been sent to prison because of some kind of administrative mix-up and that Hartley's plan only made sense if he wanted the egg for himself all along.

After the twist is revealed, the couple ties Booth to a tree and leaves to collect their payday. They plan to spend the rest of their lives in bliss on a yacht -- that is until Booth escapes custody, drains the couple's bank accounts, and leads the police right to their location. But Booth does offer them a deal, saying he'll help them escape as long as they agree to do one more job with him.

The movie ends with a shot of all three thieves making their way to the Louvre, the legendary art museum in Paris that's home to works like the Mona Lisa and the Venus de Milo statue, which is presumably the site of their next job. The film never clarifies exactly what they plan to steal within the famed art museum (and you can check out Netflix's fantastic French series Lupin to get an idea of how difficult that would be), but we are led to assume it's another well-guarded historical artifact.

Netflix has not yet confirmed whether or not Red Notice will have a sequel, but it certainly seems likely given the film's exceptional popularity, so hopefully, we'll eventually get some answers to what they planned to take from the Louvre.

Brooke Johnson is a Brooklyn based playwright and journalist who covers a wide variety of entertainment related topics.