Nicole Kidman Addresses Her AMC Commercial: 'It's So True' 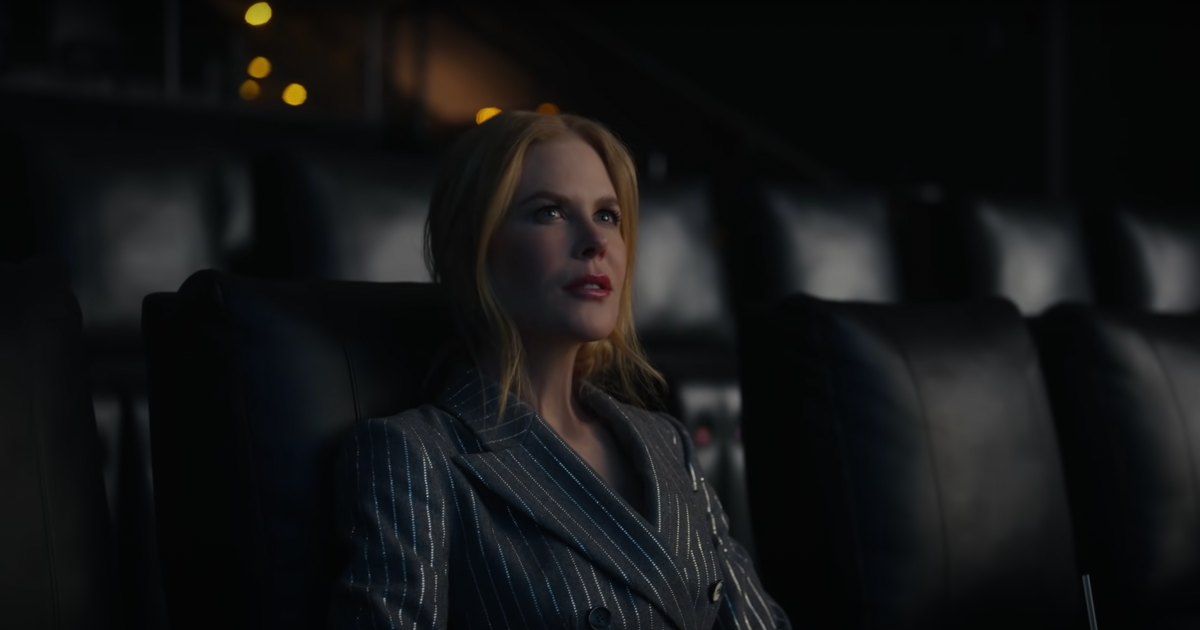 Nicole Kidman has responded to the internet's fascination with a recent performance of hers. And no, it's not her rendition of Lucille Ball in Being the Ricardos or her portrayal of a Nordic queen in the upcoming film The Northman. We're talking about the AMC Theatres commercial in which she declares that movie theaters evoke an "indescribable feeling" that she spends a full minute trying to describe anyway. Her sweeping monologue, which was written by the Oscar nominated screenwriter who penned the adaptation of The Hunger Games, is delivered to an empty theater. In an interview with The Playlist, Kidman was informed that some moviegoers quote the ad with her as it plays and have become passionate about specific lines, including "Somehow heartbreak feels good in a place like this." At first, the actress was stunned into short, disbelieving responses ("Are you kidding?" "What?" "No." "What?"). But upon reflection, it all made sense to her. "It's so true," Kidman said. She went on to conclude, "Please. This must not go away. We have to have cinema." Spoken like a true potential Oscars host!