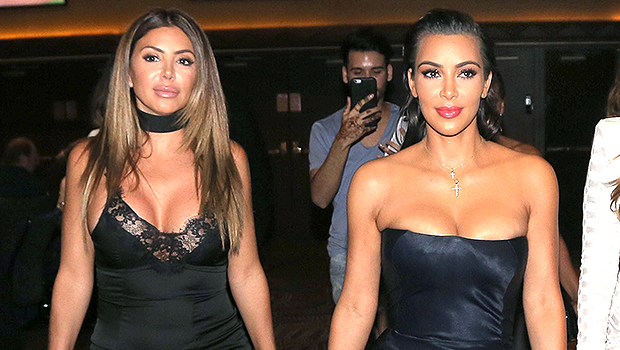 No shade here. Kim Kardashian shut down speculation that she shaded former friend Larsa Pippen. Following the release of the new trailer for Real Housewives of Miami, wherein Larsa, 47, was accused of "trying to become the new Kim Kardashian," Kim, 41, shared a selfie with the caption: "They can steal your recipe but the sauce won't taste the same."

Housewives fans interpreted the caption as a dig at the trailer, prompting Kim to respond. She retweeted a tweet that read, "if this is the shade she was throwing, im am alll here for the pettiness," on Dec. 3 and said it wasn't a snub. "No shade throwing, I don't do subs," Kim tweeted. "I want everyone to win. I just had a good caption LOL."

The former longtime friends had a falling out last year. While on Hollywood Raw Podcast in November 2020, Larsa insinuated that Kim's then-husband Kanye West contributed to the end of their friendship, accusing the rapper, 44, of "brainwashing" Kim. "I just feel like Kanye was in a place where he really didn't trust anyone with Kim," she said.

Larsa continued, "So I feel like I was the person that was like, 'Oh, don't be so close to her because you're so close to her' [and] that kinda had something to do with it." She added, "I didn't feel any type of way. . . . If you have to unfollow me to make your home a better place, then do it." The reality TV star will now return to the revival of Real Housewives of Miami, set to premiere on Peacock on Dec. 16, eight years after its third season bowed on Bravo.

In a new trailer released last month, Adriana de Moura brutally compares Larsa to Kim during a dramatic dinner party, declaring that she will never be her. "You left this group of women, come back with a butt as big as Kim Kardashian's, trying to become the new Kim Kardashian, which you're never going to be," she says. Alexia Echevarria, Lisa Hochstein, Kiki Barth, and Marysol Patton will also return, starring alongside newcomers Guerdy Abraira, Julia Lemigova, and Nicole Martin.