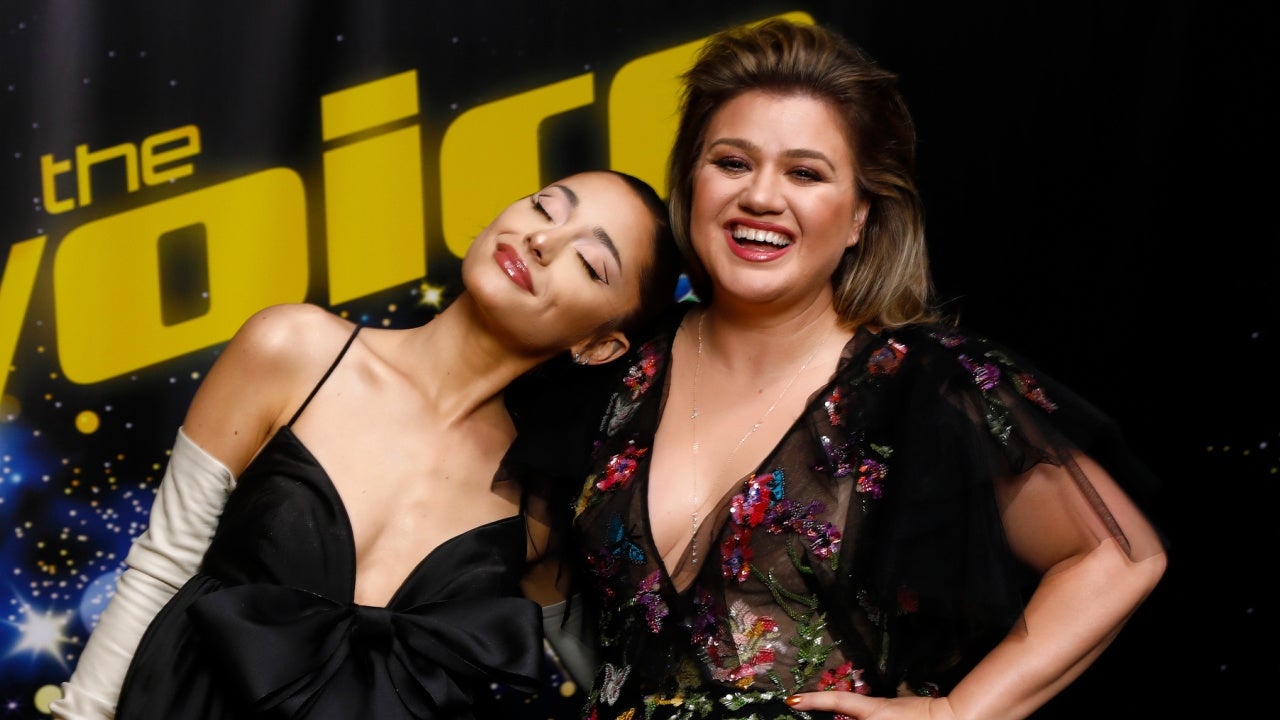 'You' Co-Stars Victoria Pedretti and Dylan Arnold Are Dating in ...

Kelly Clarkson continues to give fans what they want -- epic Kellyoke performances!

The singer's latest feat was singing Ariana Grande's "7 Rings" with her band, Y'all. Clarkson's kicked off her fellow The Voice coach's hit song by belting out the lyrics before kicking off the pre-chorus.

"My wrist, stop watchin', my neck is flossy/Make big deposits, my gloss is poppin'/ You like my hair? Gee, thanks, just bought it," she sings while winking at the camera. "I see it, I like it, I want it, I got it, yeah."

This is just the latest Clarkson-Grande crossover in recent weeks. For Clarkson's When Christmas Comes Around special, the two superstars performed their new holiday duet, "Santa, Can't You Hear Me," for the first time together.

What was more impressive was that they epically pulled it off without rehearsing.

"It literally was the first time that we had been in the same room singing it," the American Idol alum shared. "And it's a pretty detailed song!"

Grande added, "Oh, it's a vocal. We switch harmonies almost every verse, or every pre-chorus, we flip-flop what we're singing. It was really fun."

The idea for their Christmas collaboration came after they performed together on The Voice season 21 premiere.

"We all did this group performance, and I was like, 'Oh my god, I should make it a duet!' 'Cause I loved how we sounded together," Clarkson recalled. "I asked her and she said yes, but it was last-minute and we're all very busy, so we never rehearsed, ever."

Watch Clarkson and Grande sing more of each other's songs in the video below.

Kelly Clarkson & Ariana Grande on Not Rehearsing for Christmas Special