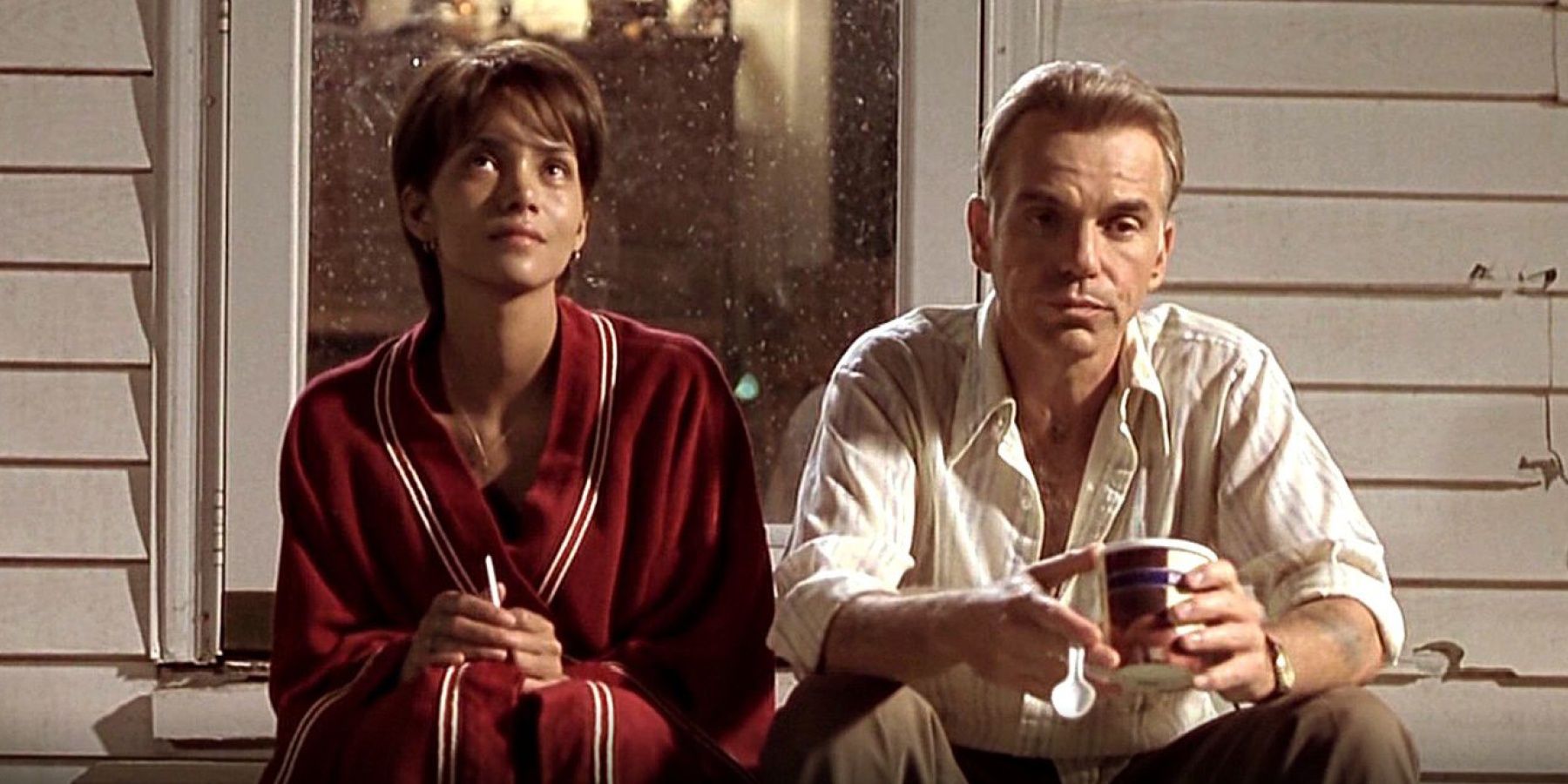 Actress Halle Berry was advised against taking her Oscar-winning role in Monster's Ball. Monster's Ball was a low-budget film written by first-time screenwriters Milo Addica and Will Rokos. It was directed by Marc Forster, who was still early in his career but has since gone on the helm films like Stranger Than Fiction and Quantum of Solace. Monster's Ball also featured a stellar cast alongside Berry, including Billy Bob Thornton, Peter Boyle, Sean' Diddy' Combs, and Heath Ledger.

The plot of Monster's Ball saw Sonny (Ledger) take his own life, spurring his racist prison guard father, Hank (Thornton), to rethink his ways. Hank then finds himself falling in love with Leticia (Berry), the wife of Lawrence (Combs), the last prisoner he executed. The film tells an emotionally gutwrenching story, with Berry giving an astounding performance that earned her a Best Actress Oscar, making history in the process as the first African-American woman to win the award. However, those around Berry didn't want her to take the role.

While breaking down her career for Vanity Fair, Berry discussed Monster's Ball, a significant milestone. Berry felt instantly connected to the character, saying, "I intrinsically knew who that character was, what she was struggling with, her brokenness." It also seemed like a no-brainer for Berry, who said, "I have to do it." However, she had people around her advising against it, saying "It's very risqué," and that it may feature things "you don't want to do." In addition, Berry was told it could end her career, though she was ready to take the risk, saying, "I'm going to end my career doing something that inspires me, that ignites me, that excites me." Check out Berry's comments below:

"When I first read Monster's Ball, it was very much similar to how I felt about when I read Bruised. I thought, 'I have to do it, I'm going to die if I don't do this.' I saw myself all over it. I intrinsically knew who that character was, what she was struggling with, her brokenness, her fracturedness. I understood the battle. I understood her fight in life and, right away, I said, 'I have to do it.' But then people around me said, 'Ooh, it's a very low-budget movie. It's very risqué. There's some sexual components to it that maybe you don't want to do. The subject matter, it's got a lot of racial components to it. I don't know if you want to touch this.' And those were all the reasons why I loved it. And I thought, 'If this ends my career,' like many people thought it would, I thought, "well, I'm going to end my own career on my own volition. I'm going to end my career doing something that inspires me, that ignites me, that excites me.' And it was a risk and I love taking risks and I've always known, if you don't risk big, you can't win big. So, I was prepared to take the risk."

Berry's historic Oscar win for Monster's Ball shows she was ultimately correct in her decision, though it was not the only accolade the film brought her. Berry's role saw her nominated for a BAFTA, the AFI Awards Actor of the Year, and a Golden Globe. In addition to her Oscar, Monster's Ball also won Berry Best Actress at the Berlin International Film Festival, Outstanding Performance by a Female Actor in a Leading Role from the Screen Actors Guild, and Best Actress from the National Board of Review.

The concerns presented to Berry before taking the role were valid, given that Monster's Ball features openly racist characters, one of whom is the protagonist, and graphic sexual content. However, the film connected with audiences who saw the emotional journey taken by a man who begins to see the evil in his racist ways, making changes in his life to better himself and helping Berry's Leticia in the process. Thanks in no small part to Monster's Ball, Berry's career has continued to flourish. Since her Oscar win, she has appeared several more times as Storm in the X-Men franchise, acted alongside Keanu Reeves in John Wick: Chapter 3, and even taken up the director's chair with her new film Bruised. While the trepidation surrounding the role in Monster's Ball may have come from a supportive place, Berry's risk-taking nature helped her make history.

Tim McClelland is a TV/Movie News Writer for Screen Rant, and his screenplays have accrued more than 25 awards and selections in competition. Tim got his start when his short biography on Augusten Burroughs was published in 2008, and his career has seen him write video game walkthroughs, web content, and interactive fiction for mobile platforms. Tim resides in Durham, NC, with a rabid passion for film, TV, video games, and comics.