Fauci Fires Back At Lara Logan Over Holocaust Comments; Appears On Fox News For First Time In Months 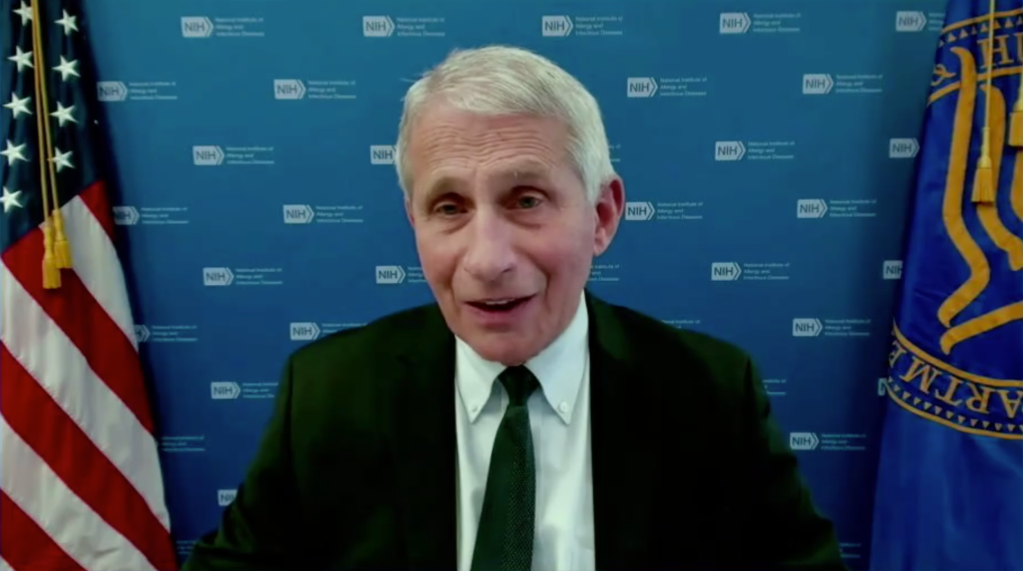 Logan told Fox News's Jeanine Pirro on Monday that "people across the world" have told her Fauci doesn't "represent science," referring to a comment made by the NIAD chief. Instead Logan said the "represents Josef Mengele, the Nazi doctor who did experiments on Jews during the Second World War and in the concentration camps."

Logan, it should be noted, left CBS News in 2013 after apologizing for inaccuracies in her 60 Minutes report about the Benghazi attack.

Fauci on Thursday took issue with her recent characterization of him.

"Look, Chris," he began, "I think the response is with so many people throughout the country and the world are responding to that absolutely preposterous and disgusting comparison that she makes."

Fauci continued, "It's an insult to all of the people who suffered and died under the Nazi regime in the concentration camps.

"What I find striking, Chris," he said, "is how she gets no discipline whatsoever from the Fox network.How they can let her say that with no comment and no disciplinary action? I'm astounded by that!

The presidential advisor's assessment echoed sharp reactions from the ADL and the Auschwitz Museum earlier in the week.

The Auschwitz Museum said a statement, "Exploiting the tragedy of people who became victims of criminal pseudo-medical experiments in Auschwitz in a debate about vaccines, pandemic and people who fight for saving human lives is shameful...It is disrespectful to victims & a sad symptom of moral and intellectual decline."

ADL CEO Johnathan Greenblatt tweeted: "There's absolutely no comparison between mask mandates, vaccine requirements, and other COVID-19 mitigation efforts to what happened to Jews during the Holocaust."

Appearing on Fox News today for what host Neil Cavuto said was the first time "since summer," Fauci was not asked in the footage that aired about Logan's Holocaust assertions. He was, however, asked about his own assertion that he represents "science," and whether that implied his critics were less interested in the facts than he.

"I'm not being pejorative against critics," he began. "The only thing I'm saying is that it's important for people to get vaccinated...as a scientist and a physician and a health researcher, that it's very very clear the extraordinary benefit of vaccines to protect you against infection.

"When I say that, all I'm doing is talking science. What I'm saying is science based," Fauci maintained.