Canada's Drag Race Recap: So About That Lip Sync... 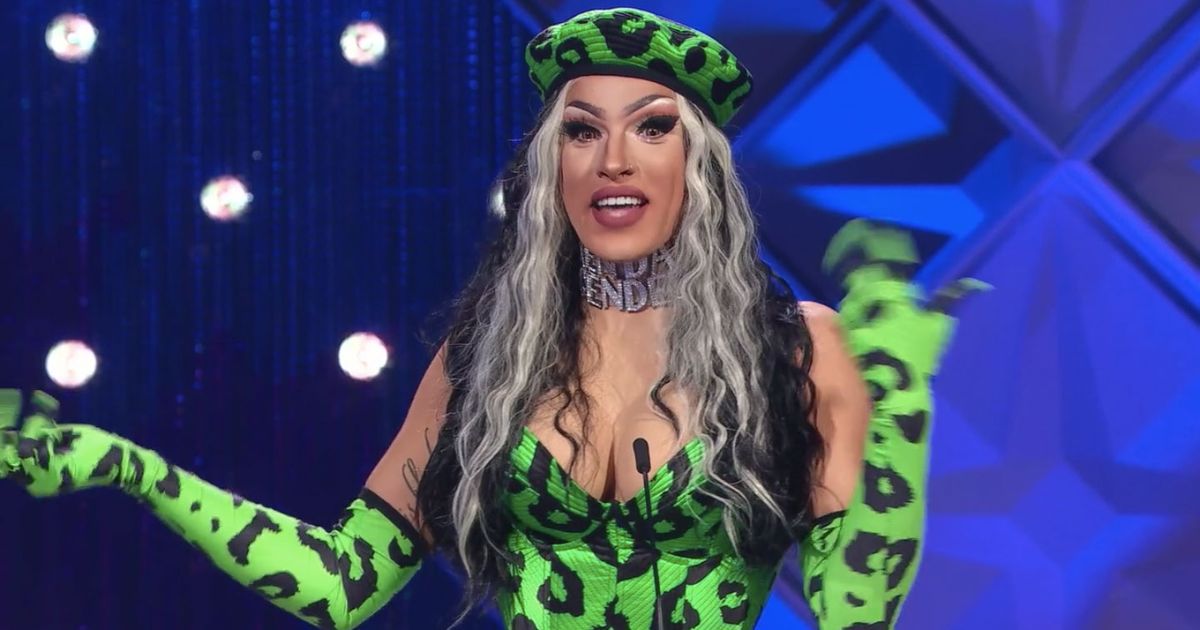 In the 12 years that RuPaul's Drag Race and its progeny have been on the air, precious few episodes have culminated in a full-blown Lip Sync For Your Life fiasco. There was Charlie Hides choosing the path of least movement, Valentina wanting to keep the mask on, please, and Mimi Imfurst picking up India Ferrah, leading to the now-canonical rule that "drag is not a contact sport." Add to this murderer's row Kimora Amour's confounding interpretation of B4-4's "Get Down."

I must first explain the significance of "Get Down" to anyone who isn't a Canadian millennial. B4-4 was a boy band from the Toronto suburb of Thornhill, made up of identical twins Ryan and Dan and their somehow-also-identical friend Ohad. They looked like Jersey Shore's ancient cro-Magnon ancestors, or whatever the Jewish-Canadian equivalent of a guido is. There was an air of menace, of derangement, hidden in their gelled spikes and aggro choreo. And in 2000, they released "Get Down," one of the most euphorically cuckoo singles in all of boy band-dom. The music video, which was played incessantly on children's television network YTV, shows the band romping around on a muscle-beach full of topless weightlifters, singing the chorus, "If you get down on me, I'll get down on you tonight." Just in case you thought their lyrics were too subtle, too tasteful, they really nail things down with the line, "Communicate, and I'll go undercover/Gonna make you come tonight ... overtomyhouse." This would be an unfortunate-enough choice already for Canadian children's television if the music video didn't involve them singing all of this to a little boy.

All of which is to say, when Kimora says, "this song is so dumb I don't even know how to lip sync to this shit," she isn't wrong. Of course this white Y2K boy-band nonsense is far better suited to Gia. Honestly, a drag king would probably do it far better justice. But Kimora is resigned from the moment she gets bad feedback from the judges. In Untucked, she says, "I have done my best and I have reached my peak" and that she's ready to leave the competition. This is the self-kiss of death, especially before a LSFYL, where you have to perform how badly you want it with every fiber of your body and being. Kimora fails to do this, but she fails in a fascinating way, stalking Gia around the stage, creeping up on her from behind, crawling at her feet. Usually in a LSFYL, a queen tries not to be blocked by their competitor, but Kimora keeps positioning herself behind Gia, her crow-black feathers adding to the scary demon-shadow effect. In the background, you can see the other queens visibly shrugging and cringing. After the number is over, before Brooke Lynn announces the (obvious) verdict, she points out how very confusing it all was. This is not how any of us thought Kimora was gonna go, but let's rewind to how we got here.

The episode begins with Synthia gone, like her fellow charismatic letter-S queens Stephanie and Suki before her. Pythia is bitter that Icesis won last week's ball challenge with her final design. "Good for you, you really worked that underwear," she quips. She should have saved the read for the "Fashion Puh-leeze" mini challenge, where queens pair up and toot or boot their fellow contestants' looks from earlier in the season. I appreciated the "Who Wore It Better" segments for Pythia and Kendall's nun-to-devil reveals and Pythia and Suki's orange pylons. Icesis has the most Alyssa Edwardian read with "the delusion of her fashion is greater than her execution," but Kendall Gender ultimately wins the mini for being confident and delivering lines with the cadence of jokes.

The maxi is a Roast of Brooke Lynn Hytes, and everyone's in danger. "We're not comedy queens, none of us," says Adriana, and it's so true. At this point in the season, knowing the queens they were left with, the producers should have come up with a plan B. Pythia says that comedy is "an art in itself that I'm not very well-versed in," Pythily. Kimora points out the issue with making Brooke the subject of a roast: "Brooke don't smile." And what jokes are there to make besides all the filler folderol we've already heard?

One by one, they rehearse their routines with a comedian named Emma Hunter who's guest judging this week. Canada is full of genuinely famous comedy talent. They couldn't get Nathan Fielder? Kendall assigns the order and assigns herself the opening slot. Is it just me, or do you think Kendall's newfound confidence has anything to do with her sister Synthia leaving? Icesis's dry run is my favorite of the six, but Brad ultimately has the best zinger of the day when he tells Gia, "I don't want my cardio tomorrow to be me trying to find my way to your punchline."

The Roast itself honestly exceeds expectations, knowing that none of these girlies are comedy queens. Kendall glows through her opening act in a fun green lewk and a solid set. She sets the precedent for the rest of the night, which is that it is actually the Roast of Alleged Comedian Emma Hunter. She tells her that the day before, "was this really intense acting challenge, where I had to pretend to know who the fuck you were when they said you were a judge this week." Zing! Adriana stumbles at the beginning but gets out of her own head in time to elicit steady laughs for the rest of her set. Gia has worn her comedy influences on her sleeve, doing Jim Carrey for Snatch Game and an Austin Powers-themed runway, but this doesn't translate to a single good joke. "I am not buying tickets to that show. I am scared, I want to go home, I need an adult," Icesis says about Gia's act. Pythia's set is also Oops All Crickets.

And then there's Icesis Couture's set, a.k.a. the case for why Icesis should probably win this season of Canada's Drag Race. The girl's delivery is gold. "Can you imagine this pack of bulldog-looking heifers running around loose in the world," she asks, gesturing to the competition. "They are the reason we spay and neuter our pets." Hilarious read. She also hops aboard the shit-on-Emma Hunter train and takes over as the whole damn conductor: "I'll give you all five seconds to Google who the fuck is Emma Hunter. The winner gets Emma Hunter. Thank you Emma. I hope your stay here was comfortable, whoever you are." Icesis! The ice of it all! She's clearly having way too much fun up there, laughing at her own jokes and saying things to herself like, "I'm good at this," to the point that she runs the light and goes so overtime that production cuts her off mid-joke. All things considered it's a good problem for Icesis to have, and the moment is an example of the rough-and-ready messiness that Canada's Drag Race can still provide.

Kimora rounds out the proceedings. Her stand-up style is YELLING, which might have been better received if she could make more jokes land. Her read of Kendall -- "if Drake in drag is your fantasy, look no further!" -- slayed, though. The routine places her middle-of-the-pack, but when it's down to the final six, that doesn't guarantee safety.

Runway category is Dungeons and Drag Queens, loosely interpreted as "fantasy." Standouts are Icesis as "thee evil queen," all pomp and polish, and Kimora's Maleficent plumage. Kendall continues her personal aesthetic of extremely basic undercooked runways with a nude piece of fabric over a corset. But all of this is trivial when held in comparison to Pythia giving runway innovation, giving Fantasia, giving War Horse puppetry, giving Adam Driver cologne ad even, with a centaur reveal. The illusion of her snatched Victorian torso atop a four-legged horse girl contraption works well in close up and even better in wide range. She's a pink pony girl. She saves herself from the bottom with this giddy-up getup.

During critiques, Gia gives yet another two-minute monologue about being in the bottom, and the judges tell Kimora that she was too "one-note" and intense during her set. Kendall eventually wins the episode after a very strong week, while Pythia's runway is exceptional enough to put her in the safe zone along with Adriana. Before their lip-sync began, Kimora said, "mentally, I've left the building." And now she has physically as well.

* "Brad Goreski. The homosexual mayor of Whoville. The gay poodle of bitches." -- Adriana's dress rehearsal jokes didn't make sense on a linguistic level but they did make me belly laugh.

* "It's a living, walking, drag puppet." -- Pythia, describing either the centaur look she made herself or RuPaul's face held up by a system of pulleys, levers, and tape.